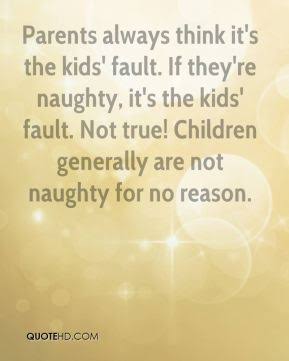 A WHOLE ENTIRE MONTH!! Time flies for real, for real!! I’m not too sure if I was a fully qualified, full time teacher, whether or not I’d feel the difference in time. I might not be able to document it then, but at least I’ll have this experience to look back on.

Days at the school have started to feel like a norm, I just get to school and I know exactly what to do and when to do it! This week in particular was still a norm, with a few bits of surprises here and there. First matriculants celebrated their 40 days!! What does that mean? It is a 40 days countdown now to their final exams and we all know what happens after that … no more school!!! So that day was a day of complete havoc, writings on the wall with chalk, weird and funny costumes and Barney and Friends walking in and out of classrooms, literally!!

Another fun event begged the question “What did you want to be when you were younger?” There were some crazy outfits. I saw some celebrities, some superheroes, some wearing night gowns saying “I wanted to be sleeping beauty.” I noted some secret service and government spies, racecar drivers, doctors and surgeons and one lady says to me, “I wanted to be kind.” Brilliant stuff!! The day was much more chaotic, because there was food involved due to food trucks on camps and an extended break, which lead to some class bunking!

This week I noticed that the sweet learners of my school had some rebellion tendencies in them as any child would, but it was surprising to witness in this particular school because initially as a bystander one might see it as an outlier of SA school’s in general, with close to zero discipline issues. You’d have to be there long enough to see it.

Parents and teachers tend to say things like “They are so naughty!”, “They do not listen”, basically anything that says there is a lack of discipline that makes the child intolerable. The weird thing is that when you read articles on child behaviour for teaching (I can only assume something similar in parenting books) most, if not all, say that children are not naughty. In fact there is nothing wrong with the child, it is the adult in the situation that is failing to understand the child and their needs.

I realised with all the tests, projects, investigations and whatever else a child has to go through, they get so tired that they act out in the only way they know how, either by not doing homework or by going all out on the crazy days at school just to find reasons to not show up in class, even if it is for one period.

We all know that there is importance in having an education, but when all you are doing everyday is listening to people tell you what’s wrong and what’s right and then saying you have to reproduce that into a test without really explaining why, it gets to you and then you find it all pointless. I would want to escape that cycle too. That’s my opinion of what might be going through a learner’s mind. Also, because it went through my mind at some point.

SA’s education/curriculum has been said to be a lot of theory but all of it is surface level, instead of a lesser number of subjects but in greater depth. Furthermore, we tend to over emphasis Science and Mathematics and act as though the arts will never amount to anything. Most of us have been brought up that way. I think it can really become frustrating sometimes, when all you want to do is express yourself in a way that numbers could never help you to do.

Child psychology is a complex matter, there is no straightforward answer to everything. I think if we could allow children some ability to have a say in how they want to move forward in their own lives, or at least give them more tools to be more than just mathematicians and scientists, we might get to a point of not seeing them as unruly or disruptive, but rather as people who know what their gift to the world is/could be.

I don’t know, what do you think? Can children be capable of taking some responsibility of their own learning? Or will we keep deciding for them and let them rebel until we finally hear them out? Let me know.

Thank you for your time! Love, light and peace.